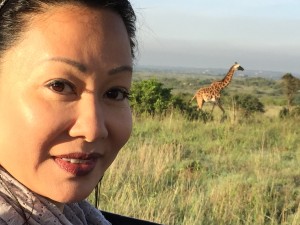 Africa is a hidden jewel!  I know I will surely be back here to explore the many other countries in this vast continent.

I have heard so much negative things about this continent but after being here to experience life here myself, I realized that the perception about Africa is that the news that we hear/read is so much different from the reality. Sure, there are a lot of things that can still be improved.  For example, unemployment rate in Kenya increased to 40 percent in 2011 from 12.70 percent in 2006.  Because the minimum wage here is $135 USD/month, Africans live a very simple life, almost down to the basics, sometimes, not even.   Yet, the people are friendly and they seem to be happy. This reality really leaves one to question the relationship between wealth and happiness…

I was in Nairobi, the capital city of Kenya, for a total of 4 days.  I came here to do an appearance for the first Millionaire Chess satellite tournament.  Thanks to Graham and Githinji for being such amazing hosts!  Showcasing the diversity in the world of chess is something that MC prides itself on.  I feel proud to help promote chess in a place that clearly needs it.  My heart is moved to be here to witness the event and to be part of the change.

This city is home to the Nairobi National Park, a large game reserve known for breeding endangered black rhinos and sanctuary to giraffes, zebras and lions. The 6am departure for the sunrise drive inside the 117 sq km games park  was awesome!  This is the only national park next to a capital city.  We can see the city’s skyline (6 km away) while driving inside the park.  We were so lucky to have seen 15 out of 30 lions here which was hard to believe. This is on top of seeing Baboons, Egrets, Guinea  fowl, Hartebeest, Comerat, Giraffe, Impala, Monkeys, Eland, and Buffalo, etc.  The 5 most dangerous animal in Africa are: lion, leopard, elephant, rhino and buffalo.

I was shocked to learn that only 15-20 mins drive from the downtown is the 2nd largest slum in Africa, ranking after Soweto in South Africa. The area is called Kibira that has a population of 500,000+.  Poverty is very glaring here:  houses do not have running water or sewerage system. Instead, they have “flying toilets.” This means that people urinate and deficate in plastic bags and toss them out of their houses at  night.  It was only about 3 years ago that things started to change.  I was told that electrical and sewage are being installed now (30% done as of now).  The area where the installation is being done is considered too dangerous for  tourists therefore I did not get to go in to see it.  I only managed to take pictures of the metal roof from a distance. 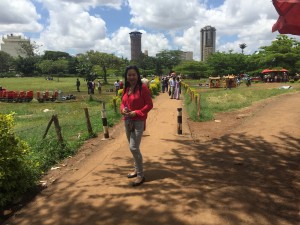 As I was walking in the big park inside the city, I was told that the park still existed because of a politician named Wangarri Maathai who won a Nobel prize.  I couldn’t stop my tears when I was narrating her story to my friend and when I got to the part of how selfless she was during her protest seeking the release  of  the political prisoners.  She did the hunger strike.  She got beaten many times during the protestbut the part that struck me most was that she stripped herself naked so no one could arrest her so she could continue her protest.  How much more selfless can one get?  I will definitely be doing more research to find out more about this amazing woman.  I was so moved… 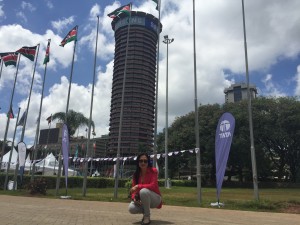 Apart from this, another very disturbing thing I learned from my local host was about the female genital mutilation (FGM),  which is the process of removing the women’s clitoris so they lose all sexual desires so that they can remain virgins till they marry.  This procedure normally gets done to young girls aged 6-14.  Many organizations have campaigned to stop this.  Learning this left me very disturbed. People fail to realize the suffering these girls go through, the trauma that they have to live all through their lives, the infection that they are exposed to after the procedure.

On another note, I was fascinated to learn about the traditional wedding-dowry in the Kikuyu tradition, generally among the Bantu. The dowry involves giving the bride’s father livestock in compensation for the loss of the daughter and her service to the family.  And livestock includes goats and sheep with the quantity being is negotiated by male elders of both families and settled over many years.  My local host’s deal was 150 goats to marry his wife. 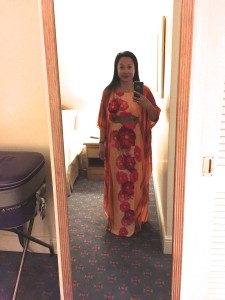 Traditional marriages allow for polygamy where one man may marry several wives. This is a sign of wealth and the ladies welcome new wives. 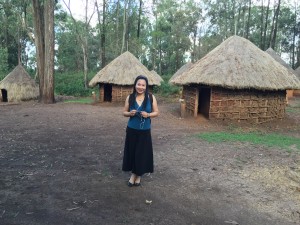 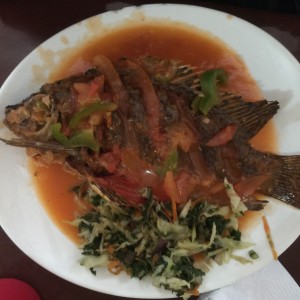