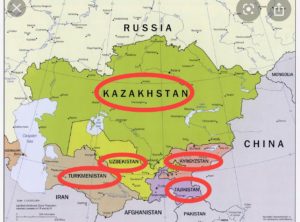 Our trip to Central Asia to see the 5 “stans”: Kazakhstan, Kyrgyzstan, Tajikistan, Turkmenistan and Uzbekistan has been very interesting in terms of the history, geography, people, and diverse political systems.  We visited a total of 12 cities in these 5 countries over 2 weeks. Great trip but after awhile it became difficult to appreciate the same sort of food and mosques in all these cities! 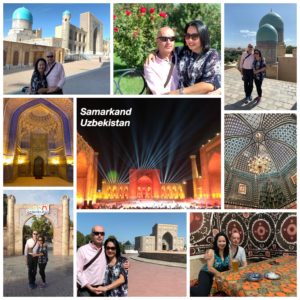 The tour company we joined was called Advantour, and they are not cheap given that these are not expensive countries (average salaries are between $150 to $300 per month in most of these cities).  But their service was great and everything was well organized from beginning to the end so it was worth it for us. The total cost for 14 days, after Visa fees and tips was around $4000 USD per person.  I am glad we had joined them because we couldn’t have made it to see so many places on our own in 2 weeks as most of the places we visited were not transit friendly like other parts of the world.

I agree with Andrew that traveling is indeed so much more interesting and fun when shared with the right person.  I used to love solo traveling because it feels liberating. But I have a hard time going back to solo travel now that I had done so many trips with Andrew.  He is such a great partner and travel buddy! #FeelingGrateful

Below are some highlights for me: 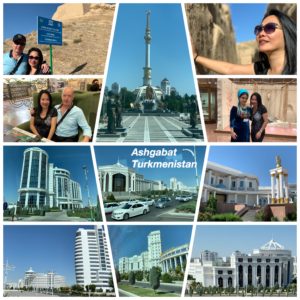 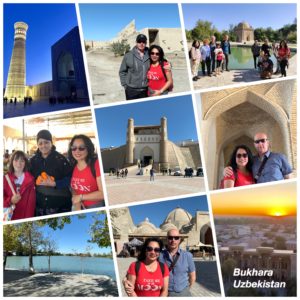 UZBEKISTAN –  is the 6th safest country in the world to visit. 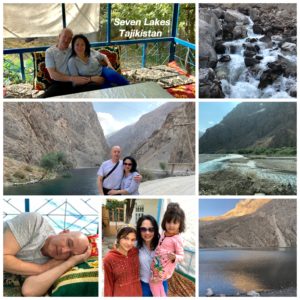 TAJIKISTAN – has 94% of its land covered with mountains. It is said that at least half of the country lies at an altitude of at least 3000 m above sea level.

KAZAKHSTAN –  is the world’s largest landlocked country, and the ninth largest in the world – 65 time size of Switzerland. 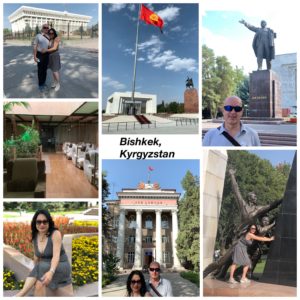 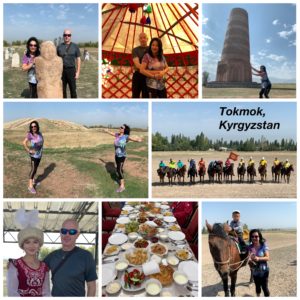