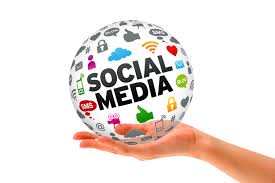 I started taking advantage of the online blogs some years ago when I started to write my diaries.

Writing had already been my way of expressing my thoughts and feelings even at that time.  I could have just continue writing journals instead.  But then, that would have meant rewriting these thoughts and feelings in a form of letters to my family and close friends.  The blogs instead served these two purposes – catharsis and communication.  Through my blogs, I was able to keep those in my inner circle updated on what I was doing.  Through this faster and more accessible means of communication, I became closer to my family and friends.  And I became updated on what was going on in their lives as well.  This inspired me to widen the circle of those that I could “reach.” And so, I created the website.

The website motivated me to continue writing.  It made me more creative and more observant of what I perceive about people, things and events with the goal of being able to write about them. I will not discount here the tremendous effect Facebook gave me. Facebook updated me more about the life of people around me, now a much wider scale.

Then came the Millionaire Chess last year. From updating my personal circle about me, MC prompted us to take advantage of the social media to “market” us.  We maximized the use and reach of the Facebook, the Twitter and the Instagram.  From just about 500 friends that followed me in Facebook, MC brought it up to more than 5000 within 15 months which maxed out Facebook’s limit of friends.   And so, I decided to split it – Fanpage and my personal FB.

Social Media brought us – and MC – across the globe with much less effort than if we needed to write everyone through their personal mails.  It afforded us to reach out to participants that would not have benefited from MC.  It paved the way for more exposure that we had ever dreamed we would have.  We’ve had our share of some of our posts becoming viral. Then, the power became greater and the influence wider.  Social Media updated MC’s stakeholders faster, almost real time.  Conducting games via the wide reach of the internet has become faster and easier, with the results being announced real time.   Indeed, social media tremendously helped us promote our brand and bring across our message to a wide variety of audiences. With the help of proper social media campaigns, and partnering with appropriate social media networks, one can reach a wider audience and have greater chances of succeeding in his business.

Social Media’s power certainly also influenced those previously averse to it.  These people suddenly felt the need to join the bandwagon of social media fans, otherwise they would have remained out of place in today’s world that has become virtually small – including my own mother and my siblings.  Certainly, no one can deny its efficiency and effectiveness.

The downside is that I have become less private and less personal.  I started to respond to people whom I didn’t know.  I have started to receive spam and other nuisance mails – some even disgusting.  I’ve had proposals for businesses and for dates from guys I don’t know.