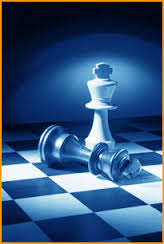 April 9/14 – Right from the beginning, we have hoped that chess players would join us in our attempt to revolutionize the game of chess, to finally, once and for all, take it to the mainstream. However, after seeing the low number of entries of March 31/14, I recognized that the players actually had no obligation to do this with us at all, since they were not the ones who signed onto the vision of MC (Millionaire Chess) from the beginning.  I therefore cannot blame those who are sitting on the sideline waiting to see what’s going to happen or those making sure we don’t cancel before they sign up.  Still, I do deeply appreciate and feel very grateful for those who actually did make their voices heard and have been supporting us right from the beginning.

When Maurice and I first decided to take on this dream project, we knew that making MC come true would be a bold mission.  We knew it wouldn’t be easy, and we were prepared to take up the challenges that would come our way. All the constructive criticisms and negative comments like not having sponsors for such a huge tournament were expected. We knew that we had taken on an incredibly tough challenge, but we never thought of giving up.

During the first 3 months, I lost 8 lbs and 20% of my hair due to stress. What’s more, I saw white hair on myself for the first time.  I spent sleepless nights learning and reading chess-related articles, and following debates on different forums talking about MC.  I also spent lots of hours chatting with chess players to get to know them and learn more about chess from them.  The time spent on chess related topics could have spent with my families or on personal interests instead.  All this was done because I believed in this project.  And I still believe in it.  We took to heart the challenge of promoting the great game of chess to the next level. And even now, we continue to do so. The only reason for this is that I do not see chess as just any other ordinary game. I see the huge potential it is capable of generating.

Given the historical importance of chess, which has been in existence for over 1500 years, we believed that generating 1500 players among the millions of players out there was not hard.  The US Chess Federation alone has 80,000 members, and half of that are adults, which means 40,000 rated players. Surely 4% of that population should be interested in a tournament that could change chess history.

Another reason that made me believe in MC is its unbiased feature. It is not dominated by a certain group. It is borderless; it is not defined by boundaries of geographic location or physical attributes.  Chess is an intellectual sport; it is the ultimate game of the mind.  The playing field is level.  Any wise person can win.  This gives chess it uniqueness and universal appeal.

I believe in chess because it develops the critical thinking skills of children.  It teaches patience as well.  Chess is not expensive to learn, unlike golf or piano.  Learning how to play the piano or golf is great too, but neither is as affordable to all kids as chess is.  Chess is fairer because as long as the kid is passionate about it then it is something that he can bring even to adulthood.  This is not true for all sports:  children who learn ballet at an early age stop dancing as soon they get conscious about what they are wearing when they are dancing.  If a child is gifted in golf or in piano, becoming better at it is still subject to being able to afford better golf clubs and play on better golf courses or buying a piano of better sound quality.  Chess only requires the chessboard.

As we anticipated, we did receive an overwhelming response (both positive and negative) from the chess lovers all around the world. Though we cannot say the same about the number of entries received, we still see enough numbers that have encouraged to us keep going. The project has also led to our working with the Media Lab at MIT, which shares our dreams of changing the face of the chess for good, changing it to benefit younger generations and new aspirants and encouraging them to take on playing chess as a career.

This can only happen when big tournaments with huge prize money come into play. This is exactly what MC is trying to do: fueling younger generations and amateurs to take up the challenge of participating in MC, to take up the challenge of promoting the game to the next level. Now it is up to the chess players (both GMs and amateurs) to decide whether or not to join us to try to change the history of the game.

But, no matter what, we at MC still believe that we are on the verge of creating another direction for chess.  We still believe that the change is definitely going to come, maybe slowly, but still surely. We know that once we build a solid platform, chess players belonging to all groups are bound to encourage us. And till then, we at MC have decided to move ahead, to take the financial risk because of our passion and determination.  Our vision is long-term, and I am confident we will succeed in the end.  And I am proud to be a part of such a great team to take MC to the next level!

23 thoughts on “MC – Looking back and moving ahead”