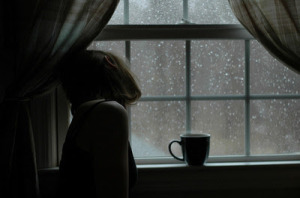 It’s been 4 days since I got home from my 42-day trip in the US for the Millionaire Chess. Since then, I have not seen any other color of the sky but grey. It has been wet the whole time.

And since then, I’ve been feeling so down. Is it the weather that’s affecting my mood or is it sympathizing with me? Once again, I am reminded of why I so desire to be away from Vancouver during the winter months. It’s just 4pm now but it’s pitch black outside already (compare to sunset at 10pm during the summer time). Is it just that I am having the so call “Vancouver winter syndrome”?

I don’t feel like talking.  And I don’t feel like seeing people.  Oh sure, anyone I’d call now would extend a shoulder for me to cry on. Everyone will comfort me. But will I feel better after? Or, will I pull them down with me?

And so, here I am writing down my thoughts instead. And hope I’d feel better after…

Whether it’s just the weather that makes me feel this way or I am really lonely doesn’t matter. What matters is how I feel and I don’t want to stay this way long.

The house has become bigger than it really is. More quiet. Colder. I really miss De being around here. I wish he was here with me right now.  I miss our Friday night movie together.  But seeing the glow and smiles on his face via Skype yesterday while telling me he had won first place in the chess competition and had joined the tennis and badminton teams justified why he is not here with me. Never mind how I feel without him. I know he is in the best possible environment I can provide him now and it’s the best thing for him after travelling the world and being out of regular school for 2 years.

I often hear Asians saying “poor child to be dumped in boarding school and be away from his parents.” Come to think of it, is it really poor child or poor parents? Is it for the parent’s own comfort that they want their child to be away from them or is it really for the child’s benefit in the future? To me, the truth is that it’s really poor parents for sacrificing the time they could be spending with their child and trade it for what they think is best for that child. I wouldn’t have come to this conclusion if I am not personally experiencing it now.

Am I just missing Deon now? Or, am I affected by something deeper?

Being back here at this time of the year again reminds me of how much I don’t want to be here during the winter anymore. The feeling started in 2007 and once again, I realize that the loneliness worsens every year.  Last night, I sent a message to my family and told them I was feeling down. Right away, Janey, Julie and Eric offered to accompany me for a reflexology session. I accepted the offer because I knew their intentions were sweet.  I feel loved but didn’t really change my down mood afterwards.

Seeing big Kel’s picture on FB settling into his new Malaysia home is very inspiring.  I am very happy for him. Indeed, for one to give up his home and move and start a new life in a brand new place for love is such a loud statement of how solid the love is. I so wish someday someone will give me enough reason to move out of Vancouver too….

I missed Toastmaster so went to there last night and delivered a speech. It was so surprising to hear 2 people telling me that my strength was my pauses because this was what I had been working on all along. I spoke fast because I was nervous. I realized that after doing the MC opening speech in Vegas 3 weeks ago had raised my confidence to another level. I noticed I didn’t shake like I did before and my heart was not beating fast anymore. That’s the good news. The sad news is that I realized that I was no longer interested in attending TM anymore because I felt the challenge is over. I felt that my objective for joining has been accomplished already. I now can resonate to the quote of “the journey is better than the destination.”

Or is my loneliness the result of the realization that after all the months of preparation, MC is really over? I haven’t really digested that reality. It had been a stressful project and so I should really feel relieved that that it’s over now. It has been very rewarding to hear all the positive feedbacks coming from different parts of the world. These made me even more confident in MC now that the first is done. What will my future plans be now that MC#1 is over? Well, I need to build a team to grow the MC brand further and to make MC#2 even better.   Instead of rushing to do MC#2 in Orlando, we decided to focus on launching the global satellite program as we see higher value in that since it will be a great way to go global like I had always wanted to.

I am almost done writing down my thoughts. And I feel that I am starting to feel better. It’s been a while since I’ve written a personal blog but the magic of expressing my feelings is still there.