I have enjoyed travelling with my mom, my older sister, my uncles and aunts the past 3 weeks.  I learned so much more about each of them.  I believe strongly that travelling with someone is a great way to learn about that person and to bond with.

We joined a tour for the 6 days we were visiting Seoul.  I find the city very clean, and the people nice.  It’s also very green and very high tech at the same time!   I really felt ignorant for knowing so little about the Korean culture despite the fact that I have already met a number of Koreans.  It was also very saddening to hear the history between North and South Korea. 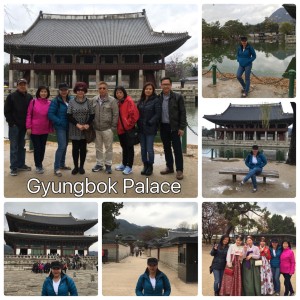 My mom and her siblings are going back to Vancouver while I am leaving for Hong Kong today.  Despite the fact that they left home only 4 weeks ago, they started to feel homesick on week 1! I used to be very homesick just like them, but I overcame it in 2011 when I started the 2 year trip with Deon.  Now, I am actually feeling sad about the thought of having to go back to the dark, wet and gloomy Vancouver winter next week.  The only thing that balances this sadness is the thought that I will be seeing all my kids, siblings, nieces and nephews and will be enjoying spending Christmas with them. 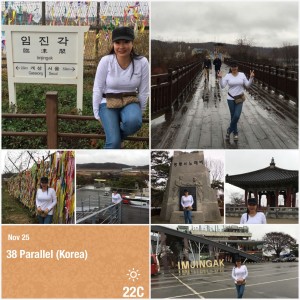 Here are my notes about Korea.

– Farming: I find it very impressive that all crops are grown organically.

– Electronic: Most impressive is that gadgets and appliances like cell phone, audio/video equipment, juicer, mixer, rice cooker can “speak”.  The sad thing is that the latest and newest cell phone models are not for sale to other countries, so what we see as a new Samsung phone are actually their old models. Known for being patriotic, the Koreans have a lot of respect for the owner of Samsung and his son.

– Beauty: Korea started to gain popularity in this area and in cosmetic surgery since a movie made in 2006 called “200 lbs beauty” showing the conversion of the overweight and apparently unattractive Kim A. Chong into a slim and beautiful lady.

– Automotive: Again, most probably because of their patriotism, one can rarely see Japanese cars on the road (they don’t like Japanese because of the history).  Apart from the Korean-manufactured cars, I mainly saw German-made ones.

– Real Estate Construction: The price of condos here are actually comparable to that in HK.

– Population is 50 million, with 10M living in Seoul.  One million foreigners live in the city, 10% (100,000 people) of whom are Chinese.  Next are those from Vietnam, Cambodia, Thailand, and the Philippines.

– The city is very green and environmentally friendly. They value saving electric and water.

– Everything is incredibly high tech.  The phones inside the hotel rooms look like computers with lots of digital info.  The toilets have heating and several wash functions.

– Koreans care a lot about their image and how others see them.

– Koreans are very polite or “PC”.  They will go into a long conversation to say something negative about something or someone, or to refuse someone. For them, being straightforward and direct is considered rude (a good sign that I don’t have what it takes to live in this country!).  lol

– No one uses his cell phone while at the dinner table (I love this value ever since 2011!).

– Koreans are generally very trusting and respectful.  For example, they will offer seats to the elderly, and that elderly person will turn around and offer to hold the bags of the one who offered the seat!

– If you are lost and without a phone, Koreans will happily help by making the call for you. 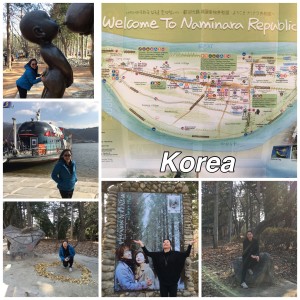 – I was told by our Chinese tour guide who married into a Korean family that if one can’t give up her pride, ego, rights and freedom, then don’t be a Korean daughter-in-law.

– There are 2 types of wives

2) the one who succumbs to her fate so much so that she tolerates her man cheating on her or drinking in exchange for not being hit physically.

– When the daughter-in-law gets home, the first thing she does is to say hi to the seniors while bowing to report “I am home.” Next is to wash her hand and feet but not in the kitchen sink.  They do this in the washroom sink.

– Daughters-in-law can’t go to their room to sleep until they are done serving the elders in the family and until they have all gone to bed.

– The history of the hot stone rice which the Koreans are famous for is considered a “woman’s dish” because the wife normally takes all the leftover food from the husband’s dinner and mixes it together to eat as her dinner.  The modern day version has egg to make it a fancier.

– A Korean woman cannot wear man’s clothes or else it will be bad luck for the man.

– A Korean man doesn’t get his hand wet (so no housework) because it is believed that if his hand is wet, then his penis won’t work therefore he can’t produce kids to carry on the family’s last name!  (Seriously!)

– A rich family will pay off a poor girlfriend of their son a break up fee for her break off the relationship.

– A man has to have a condo before he can get married. Conversely, a woman has to save up 30 million, which is 30K USD for her wedding.

– A Korean man gives money to his wife to manage.

– There are separate parking lots and smoking areas for the woman only here. 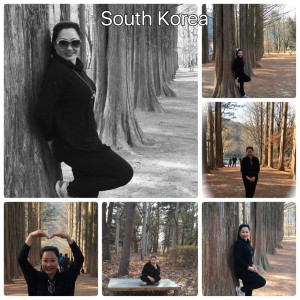 – Kids are very disciplined and polite starting at very young age.  Unlike in some other cultures, they don’t stand a chance of getting what they want by throwing tantrums.

– Kids pay for their own tuition.  Originating from Japan, this practice of “self care” starts in kindergarten. This means that children are taught how to take care of themselves and do things for themselves.

– Ranking is a very strong part of the Korean societal structure.  It’s actually okay to hit your friend’s kid if the child misbehaves to teach him a lesson on behalf of his parents.  At home, the ranking is: father-in-law, mother-in-law, husband, sister-in-laws, kids then wife.  Yes, the daughter-in-law occupies the lowest ranking in the house. 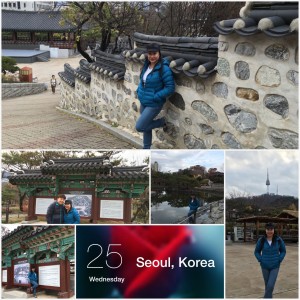 – Local restaurants specialize in 1 menu item only which is very different from the many choices one can find in other countries. People do not waste food in restaurants because they know it will cost money to throw garbage away.

– Water is served with a saucer to hold the glass.  Otherwise it’s considered rude.

– Koreans don’t like to cross their legs but will gladly put their feet up on chairs and even empty tables.  They sometimes even spread their legs across to the other side of the table if no one is sitting there.

– They eat a bowl of rice with 1 hand only.  Chinese people would consider that rude.

– Koreans treat those that are related to them very well but when a relationship is strained, then that person will be treated like a complete stranger.

– Drinking is a very important part of the culture here.  People drink alcohol to socialize, to build relationships and to share intimacies so if you really want to make friends here, it’s important to learn to drink.

1) They call people up to talk.  Korean are usually so “PC and nice” that they suppress many of their true feelings.  So, when they are drunk, that’s when they will express everything in the open. They will call even after 9pm, which is the usual cutoff time for calling anyone in Korea.

2) They talk nonsense and non-stop. 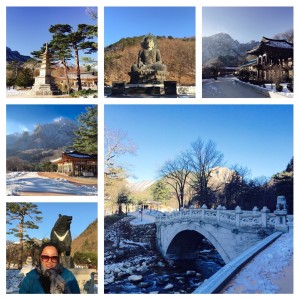 1) How old are you? This is asked so the interviewer knows which tense to use with you.  Respect tense is used with seniors.  For example, if you use the casual way of saying good morning which is only 3 words instead of 7 to10 words for the respect tense to seniors, then they will ask why are you being so short (instead of saying you are being rude due to their “PCness”).

2) Where do you live?  This is asked in order to know how rich/poor you are. 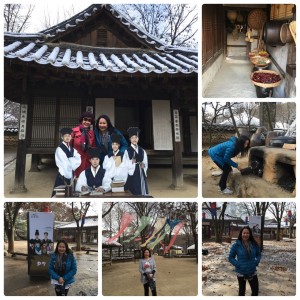 I am leaving for Hong Kong now. 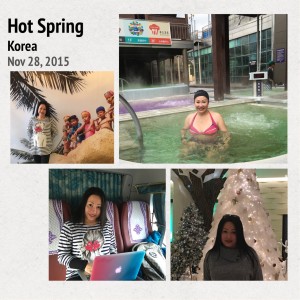