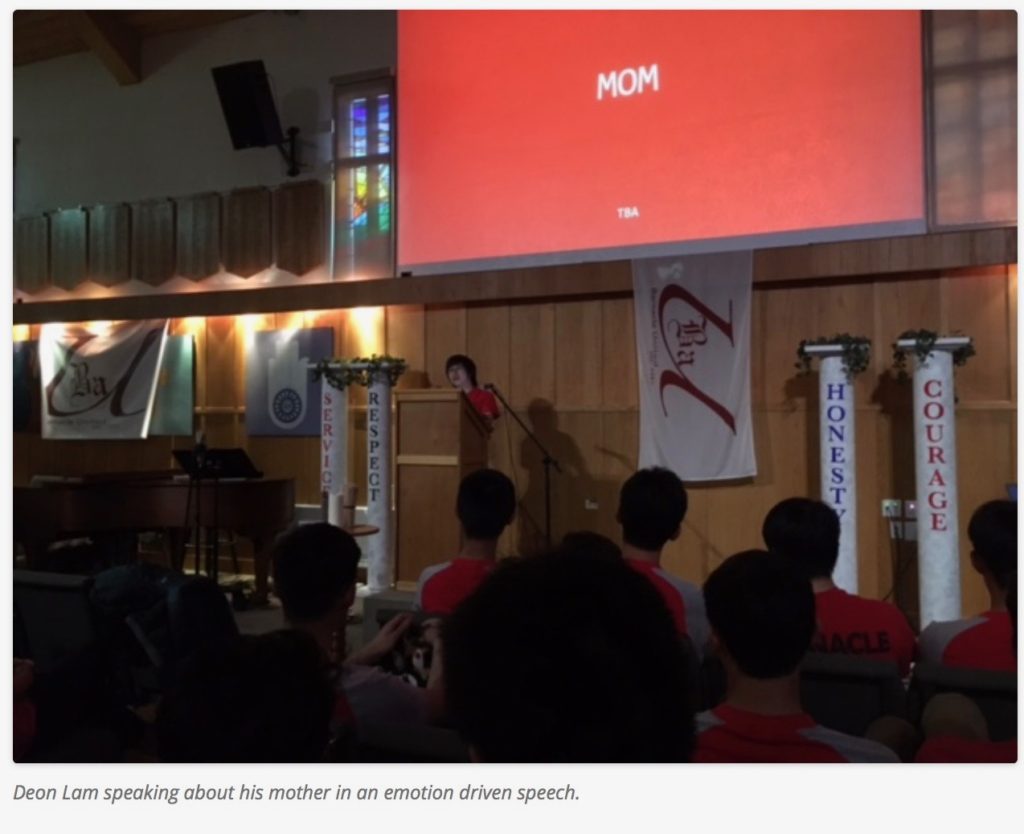 For Mother’s Day this year, Deon didn’t send me an e-card so I was disappointed since I’ve been collecting cards and e-cards ever since I was 13 years old.  He told me his school wanted to celebrate Mother’s Day with a show, featuring 2 formal speeches by students.  One would be on “family” and the other on “Mother” — which Deon volunteered to speak on.  It was to be a 4 minute prepared speech describing our relationship, between mother and son.  But I didn’t get to listen to it because recording was not permitted in the chapel!  So, I wondered: what’s better?  The e-card that I got to keep or the formal speech that I didn’t get to listen to?

First I thought the e-card was more important because it’s directly addressed to me.  Then I thought about an old philosophical question that goes: “If a tree falls in a forest and nobody’s around to hear it, does it make a sound?”  So the fact that he volunteered to give the speech means he’s proud of his mother and the relationship he has with me.  The fact that he had to write it, rehearse it (3 times!) and deliver it, makes it better than getting an e-card.  It’s especially significant since he is still just a teenager and it’s very sweet of him to volunteer!  I’m also very happy and proud to learn he doesn’t have stage fright issues like I did!

I’ve asked him to send me a copy of his written speech so I can save it in place of the e-card I didn’t receive this year.

I feel very grateful for the relationship I have with Deon.  I am sure it has a lot to do with the two years of traveling with him.  We really bonded through both the good and the bad times we shared.  I can only wished I had the opportunity to have done the same thing while Kel and Jo were growing up too …