2014 – I feel very privileged to have the choice to retire at the very young age of 38.  At this time, I was stable – I didn’t need to worry about food on the table, payments, etc.  And my priorities have totally been turned upside down and my values have changed.  While I was already worry-free about finances, I knew I was too young to permanently retire.  The point is that I didn’t know what to do…. 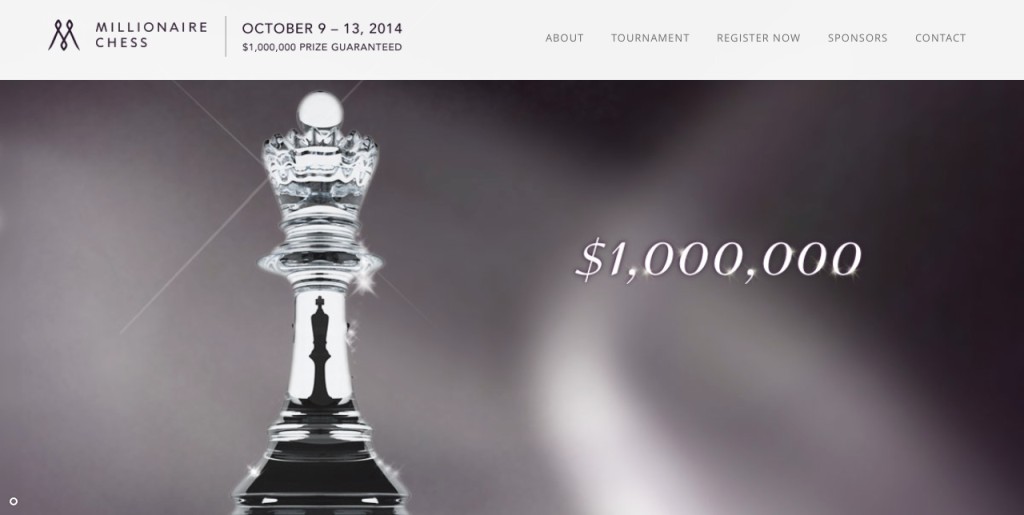 Until MC came into my life 4 years later.

Initially, the Millionare Chess team decided that it would be a good idea for me to have a “voice” on its behalf, given the feedback we have received since my interview with Africa Chess came out.  It’s refreshing to see an outsider in the chess world, and a woman at that, trying to take chess mainstream.  Therefore, people would want to hear about what I have to say about chess in general and the entrepreneurial side of chess in particular.  Active chess players are very smart people but some have admitted that they are not business savvy people.

Having an online  presence felt awkward and uneasy to begin with.  I was shocked when someone discovered my travel website the day after we announced MC.  Then a week later, I was shocked once more when I saw on a website another chess article with my picture there.  At first, I felt invaded since I was not aware of this article or aware that my picture would be there.  I then realized the truth of what I was told – that anything I post on the Internet, I should expect that it’s no longer personal information.

Having a public digital platform can be terrifying as I would be opening myself up to criticisms. There would be haters who could almost always be louder than the supporters.  I don’t claim to be perfect.  I won’t be perfect. Actually, I had this fear of being criticized about what I would be writing since I don’t claim to be a chess expert or a professional, or even good writer.  After all, I am just a simple, focused, single mom who has little schooling but has that deep desire for making $$ and a laser focus on reaching my final goal (succeed).  Iwondered if I had anything worth saying or if anybody cares, and so on.  But on the other hand, I realized that there’s nothing to be afraid of, despite what I don’t have.

Reflecting more about the new situation I am in, I realized that having a digital presence has its advantages:  having my own voice, speaking the truth, having the means of creating a public persona that reflects the real me – authentic, genuine, honest and accepting that I am not flawless.  I am not trying to create an image of who I am not, therefore I should not have fears about anything anymore.  I accept that everyone has the right to their own opinion and that should not have anything to do with who I am.  I will always be just me regardless of whether or not people like me.  I should not worry about what I might say or if what I will say is right because, really, as long as I am being myself and honest, then I will never be worried about being challenged by anyone.  I am confident that many will find a lot of value in things I share.  Who cares if I don’t have the university diploma as long I have the vision, success and passion? And THAT has immense value….

After I witnessed the power of social media, I was inspired to build a “global PR” company whether it be thru MC or a  venture on my own.  It’s definitely a niche market which is something I love.  I believe there’s lots of money to be made from sponsorships and media rights.  This was why after 2 weeks of weighing out the pros and cons, I agreed to start my own website to start branding myself so that I can be ready for the potential opportunities down the road.  The power of the brand is the power of the revenue for any company.

6 thoughts on “My first back to work project!”