Four states, five cities over six weeks!   This intense trip which combined school, work and personal growth is finally over!  I am very excited to go home and pack up for the upcoming big move. Can’t wait to become and “baggage free” in just 6 weeks!

New Jersey – here for a 3 day workshop.  Loved what I learned and enjoyed meeting 2 new friends Steven and Jacky from Maine. 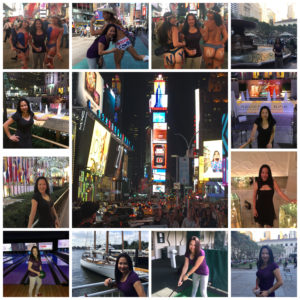 New York – Though I’d been here more than 10 times, I’m definitely seeing “The Big Apple” through fresh eyes this time as it was the longest I had ever stayed here.  One thing that didn’t change is my dislike of the traffic and how crowded the city is. Also, with the exchange rate, everything is so much more expensive here which makes me appreciate other parts of the world that much more.  I learned a lot about myself through my experience with my host in NYC and makes me appreciate travelling and meeting new people so much more. 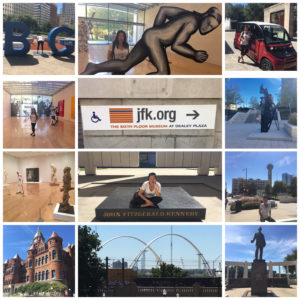 Dallas – I came here for another Legacy 3 day workshop.  Right from when I arrived at the airport to downtown Dallas, the impression I have of this city is very positive.  People seem much warmer and friendlier than those I came across in New York City starting.

Atlantic City – I came here for MC3.  It was memorable because I had to have emergency surgery to remove my gallbladder on the same day that MC3 began. I ended up missing the entire event apart from helping with event setup prior to my hospitalization.

Indianapolis – Last stop before going home. I was 80% recovered from surgery by the time I got here.  My purpose for coming here was to attend a seminar and to look at investment properties since it was so hard to visualize that a rental home could still be had in the USA for $50-70K.  I wasn’t disappointed at all!  The best part was being inspired by a guest speaker named Rock Thomas.  He was such an amazing speaker.  He motivated me to go and watch Tony Robbins live because he has been a trainer for Tony’s event for the last 15 years and he credited Tony for 50% of his success.  I didn’t resonate with Robbins when I listened to his audio messages over a decade ago but decided to see him live after Rock’s enthusiastic endorsement.

So looking forward to going home now!  The past 6 weeks has been intense and productive, but stressful and exhausting too.

My next trip will be to attend The World’s Greatest Speaker Training in Santa Clara, California on November 17, 2016.