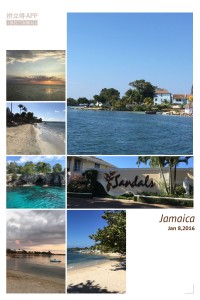 I landed in Montego Bay, which is known for its many beach resorts and golf courses, but I stayed in Negril on a white sandy beach in a room with an ocean view.  What a nice break it is to be in the sun at 26-28’C (80 degree F) after spending a month in the miserable Vancouver winter at 0′!  Surprisingly the humidity was not bad at all!  Time goes by real quick while being a pool and beach bum sipping wine spritzers, pina coladas and shandies (beer with 7-UP). 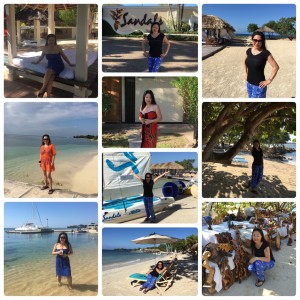 Jamaica is an island which is situated in the Caribbean Sea.  It is the 3rd largest island of the Greater Antilles (behind Cuba and Hispaniola) and the 5th longest country in the Caribbean.  Jamaica is known for its white sandy beaches, clear blue waters, tasty island cuisine, world-class sprinters and reggae music. People here seem very laidback.  Their famous line is “No problem” to mean it’s all good.  They also like to say “Irie” which means everything is alright.  Local people don’t seem to mind being late for appointments, as living on “Island Time” goes with not trying to hustle and bustle in the hot weather. 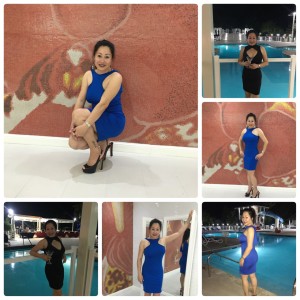 Marriage is not a big deal here unless it’s among people close to their church. Many Jamaican men love to party and leave their genes behind.  I talked to 10 local Jamaican men and 6 (60%) of them have 6 – 9 kids from 4 – 7 women! Oddly, the men claim that the women are very forgiving of them having so many children with different lovers. The women I spoke to did not seem to express too much forgiveness, but they did seem more accepting than I expected. 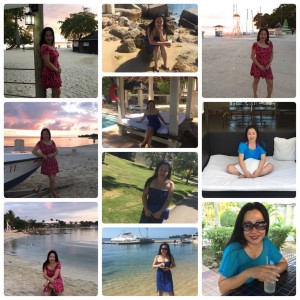 “Yeh Mon” which means “Yes, man” is the most common phrase I heard during my stay. I made many new friends, including some incredible dancers whose bodies were as good as any I have seen anywhere. I got to exercise at the gym often, nap on a hammock, and even play chess on a giant chess set! I also met a wonderful couple from Germany, who I look forward to seeing again on my next trip to Europe. It’s amazing how traveling has allowed me to meet so many people from different parts of the world.

Looking forward to a great 2016 ahead of me now!