Below are the different sites we visited in West Bank, Palestine: 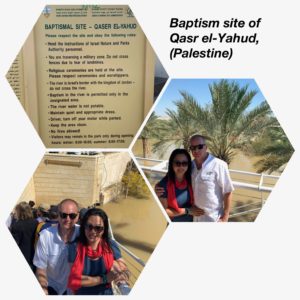 Amazing to see so many people from all over the world coming here just to dip their feet in this river! The baptism of Jesus of Nazareth is regarded as being the beginning of his public ministry. For Christian believers, this baptismal site is considered to be the third in importance after the Church of Nativity and the Church of the Holy Sepulcher. 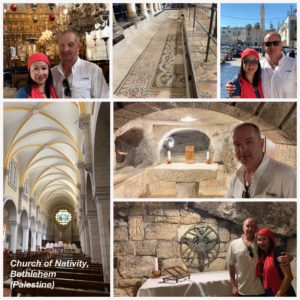 The Church of the Nativity is a World Heritage site and was the first to be listed under Palestine by UNESCO. 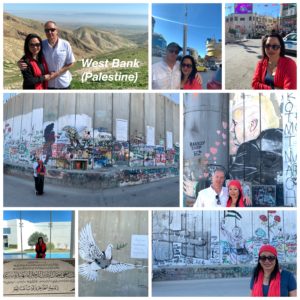 The graffiti wall of Bethlehem, featuring the work of the world-famous graffiti artist Banksy.  I am not surprised to see Donald Trump’s face on this wall!  LOL!

Hebron, one of the four holy cities in Judaism and also sacred in Islam, because of a shrine shared between Jews and Muslims. The synagogue/mosque has been used as place of worship every day for over 2,000 years and never has been destroyed so it is in its original condition. It was built on top of caves that supposedly Abraham and many others were buried.