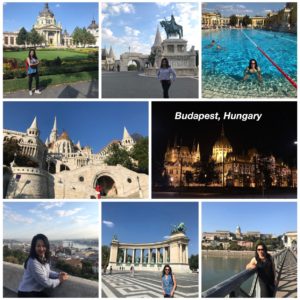 My first stop on this solo Eastern Europe trip is Budapest, Hungary. What a beautiful city!  But not a good start! I almost got robbed in broad daylight on my last day here.  Some guy who looked homeless, stalked me for a few blocks. I noticed him following me so I started walking faster, hoping to find a major street to catch a taxi. He suddenly ran up to me and tried to grab my backpack from my back. As I was struggling with him I was also yelling for help; three American tourists heard and ran towards me to help, which frightened the would-be thief away. Whew! What a scary experience!

I tried their national dish called “goulash” which is a cross between soup and stew:  slow cooked beef, carrots, onions and loads of Hungary’s trademark paprika to give it a good kick. It was tasty!

Budapest is famous for their thermal bath spas so of course I had to check out the largest spa with the best reviews, which is the Szechenyi Bath.  I must say I was quite disappointed with both the facility (old and dated) and the service (unfriendly staff).  Totally overrated and underwhelming!

The next city I went to was Bucharest in Romania which is one of the largest cities in South-eastern Europe, with a population of 2.1 million.  They call this city the “Paris” of Eastern Europe and indeed, I do see some resemblances to Paris here. 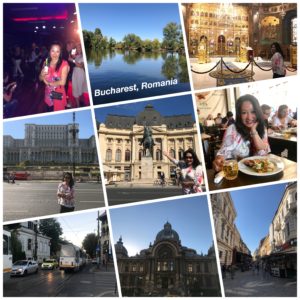 I was very surprised to see so many amazing bachata dancers in both Budapest and Bucharest.  They make Vancouver dancers look like amateurs!

Sofia in Bulgaria was my 3rd solo stop.  Sofia is the capital, an ancient city which has been continuously inhabited for millennia. Initially, the Thracians laid the the foundations of the town and later it became a Roman province. 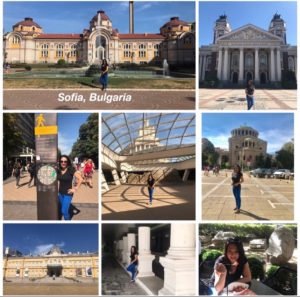 Today, Sofia is an important educational and cultural center and is among the top tourist destinations on the Balkan Peninsula due to its outstanding sights and surrounding natural beauty. Sofia preserves many valuable monuments to its long and storied past. 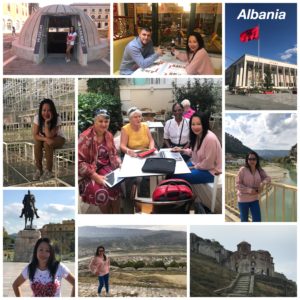 The highlight for me in Sofia was meeting my Airbnb host, Henry.  So happy to have crossed paths with him.  He was a former Global Director for IBM and HP, and had visited 120+ countries so he had lots of great stories to share!  We talked for 5 hours as soon as I got to his place then another 6 hours in the evening! This is exactly when I so love using Airbnb as I get the opportunity to meet and chat with the local hosts. 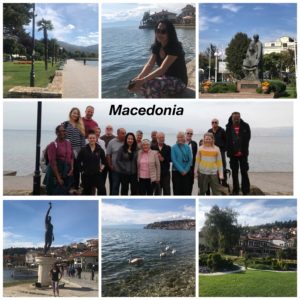 After I was done with Budapest, Bucharest and Sofia on my own, I began my 14 day trip to see the Balkan Peninsula.  I joined an organized tour for the “Balkan Kaleidoscope”, a journey across 8 Balkan countries (Bulgaria, Serbia, Bosnia and Herzegovina, Croatia, Montenegro, Kosovo, Albania, Macedonia), because public transportation is not very friendly in these countries. 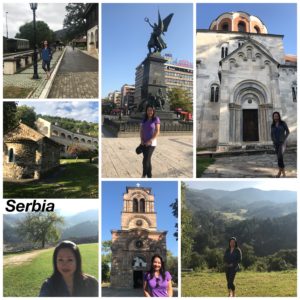 My perception of organized group tours (I call it the “duck duck” tour since we look like a bunch of ducklings following the duck leader in a line everywhere we go) really changed after this trip.  The experience I had with the last 2 tour groups was having to get up at 6 am, super long days with no free time, plus always having to wait for people.  Well none of that happened on this tour! Our days begin from 8:30 to 9:30 am and we have free time everyday after our 2 hour walking tour with the local guide. The best part was that everyone was very courteous and respectful of others’ time–no one was ever late, so there was no waiting around at all. 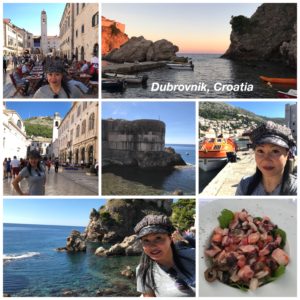 For me, this tour was just about perfect. Our tour leader was friendly and knowledgeable.  This trip is a fantastic way to see the beautiful landscapes of the Balkans while learning the history, both ancient and recent, of this fascinating part of Eastern Europe.  I definitely learned a lot more about the history and cultures after this trip but the saddest part for me was to learn about the recent civil war and all the bombing that went on around the time my oldest was born, meaning only less than 3 decades ago. 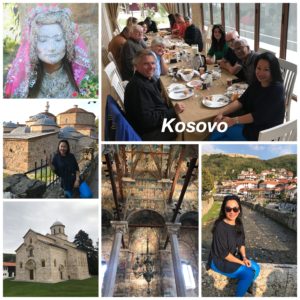 There were only 17 of us on a spacious bus with a 44 seat capacity, so everyone got a minimum of 2 seats each to themselves.  I sat on the whole front row, so I enjoyed an amazing view throughout the journey!  Among our group, there were 4 couples and 9 solo travellers (4 men and 5 women), who came from 10 different countries, with their ages ranging from 29 to 75! 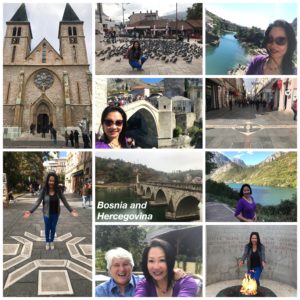 One thing we all have in common is that we are all very passionate about travelling.  When I share with the group my goal is 100 countries, they told me it really gets good after the first 100 countries!  It was very inspiring to share a room with Kaye who is an active healthy 70 year old lady from Ireland who’s been to more than 70 countries.  I love the humour and laughs I enjoyed with Chat and Russ!  I enjoyed the stories from Wayne and Leslie, both teachers, who have been travelling together for the past 35 years.  During this time, they were only apart for 8 days!  I was in awe to hear that!

This tour was such a positive experience that I will definitely consider joining an organized tour again, especially for countries in Africa!  I am now taking off to Venice, Italy to board the Norwegian Star Cruise to see the Greek Islands.