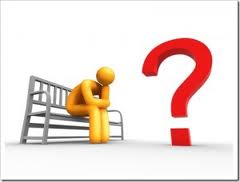 On April 12/14, while I was going through some MC-related posts, I came across a blog post written by Ashik Uzzaman.

To be frank, I was really moved by this piece.  I want to thank Ashik for addressing the concerns of the skeptics on our behalf.

Actually, Ashik raised 9 points that he feels are the concerns of those who do not believe in MC or do not understand our objective.  Below are my comments:

1.  Too high registration fee – The registration fee is not only for entering the tournament, but also for the many benefits that do not exist at other events such as gift bags, VIP lounge, extra security, opening breakfast, 24-hour answering service, complimentary massages, extra TD staff, hostesses in the playing hall, red carpet photo shoot for all players, among others.

2.  Cheaters will be coming to make some bucks – On top of our extra security and cameras capturing video in and around the playing area, we have a very powerful sandbagging rule in place.  An already strict policy is being fine-tuned by International Arbiter, Franc Guadelupe and we are consulting with MIT’s Media Lab on other high-tech solutions.

4. Las Vegas is too far from my location; it should have been somewhere else – Any location will be too far for some people.  Actually, given all things being equal and after careful thought, we could not think of a better venue than Las Vegas, one of the most popular tourist destinations in the whole world!

5.  MC is making Chess Players too greedy. It hurts the love of the game of chess itself –  Honestly, I do not see how we can make chess players greedy.  There are thousands of chess tournaments to participate in around the world and chess players are smart enough to make their own choices. They are smart enough too to know if they are being short-changed.  The potential of the game has been underplayed for many years, and now is the time to break the shackles and show the world its real potential.  Deserving chess players should be given their chance to really shine.  This is what we intend to do.

6.  How come amateurs will make so much money? It’s the professionals who should deserve it – MC is an equal opportunity provider.  One who plays to the best of his/her ability will win the tournament in his/her own section. Besides, all these years, the amateurs, being many in number, have been really putting up the prize money for the GMs with their entry fees.  Now is the time to reward them for their years of dedication and support.

7.  MC will never pay the full prize money – GM Maurice Ashley has been around the chess scene for over 30 years.  His HB Global Chess Challenge that he ran in 2005 paid out $500,000 in prize immediately after the last round of the tournament.  Certainly, he would not risk his entire career and reputation by being a part of something bogus.

8.  MC is going to manipulate the chess rules in the long run. Anti-draw rule is just one example – If chess is ever going to become a major spectator sport, agreed on draws will have to be regulated.  No serious fan wants to watch a 5-move game.

9.  MC is going to make other chess organizers unstable and in the long run will monopolize the chess industry – It’s impossible for one company to monopolize the many markets and thousands of tournaments being run around the world.  If MC has to have any influence on other major chess events, it will be by making chess organizers more competitive.  Actually, the ideal thing to happen would be if other organizers found ways to raise their prize funds as well, which would only benefit chess players in the long run.

Once again, I would like to extend my appreciation to Ashik for taking the time (and the concern) to write the blog.  This has been very motivating. Supporters like you drive me harder to push MC!

And to the others who are still thinking twice about us, I hope that I’ve cleared up your doubts.