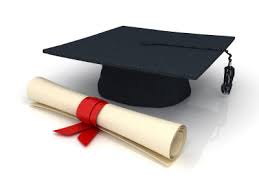 April 14/14 – I made the decision to overcome my fear of public speaking as my NY resolution.  So I joined the Marpole Toastmaster Club on March 24/14.  I chose Paul to be my mentor.  What an awesome choice!  I had coffee with him last week and he asked me, “Are you OK if I were to watch you rehearse your speech?”  Of course!  Then he asked, “How about if 3 people were watching you?” Yeah, that’s fine. Then he asked again, “How about 10 people?” That’s when I said, “As long as I am rehearing, then I don’t care how many are watching.” Then we both felt a CLICK. Wonder if I can just pretend that my speeches are simply “rehearsals” in the future?  If so, my fear of spotlight would be solved!!

Because of the few interview requests I got after the MC announcement, I was motivated to move my first speech from July to tonight. I was totally nervous prior to getting on stage.  But thanks to the encouragement and tips from Paul and Maurice.  Not only did I survived but I even won the “Best Speaker” award too!  I was in shock!  During the break, a lot of fellow toastmasters came to me and told me what a great story I had and how natural I seemed. Some even suggested that I join competitions.  It was overwhelming.  I am finally convinced they really didn’t know that I was very nervous. Wow!  For a first timer, this is great!  It’s motivating.  Now, I am confident after tonight, my fear for public speaking will be a lot less.  I look forward to doing more speeches in the near future.  I can’t wait till the day I am totally free of anxiety whenever I hear the word “interview” or “speech.”

Let me introduce myself by how my current business partner, Maurice Ashley introduces me.  He says, “Amy is Chinese, born in Vietnam, raised in Canada so how can her life not be interesting?

Strange, because I used to feel really ashamed of being described that way. My family is one of those refugee families that escaped the devastating situation in Vietnam in 1976.  We risked our lives for an unknown future, first China then HK and eventually ended up in Canada.  During the escape process, I was just 6 years old yet I still have a very clear image of a bunch of dead bodies floating in front of our boat on the South China Sea.

Having worked since I was 10 years old, my experiences have shaped me into who I am today:  risk taker, passionate, enthusiastic and insightful especially about business.  From these experiences came some funny stories such as the story of my square hat.

In 1997, I was dating a guy name Chuck.  His parents, being university professors, expected all their sons’ GF to come with a “square hat,” meaning having a university degree.  At that time, they were scheduled to visit Vancouver.  So a week before they arrived, I went to a local studio specializing in taking university grad photos, meaning those of students wearing a gown and a square hat. Then I picked the best shot and had it blown up, framed and hanged in my office. I figured that this would mislead my ex’s parents to “assume” I have that “hat.”  His parents came and I got away with it because they never asked me about that picture.  But I felt so guilty about this lie.

You see, not having a “square hat” had always been something I felt ashamed of, therefore I used to avoid talking about university or colleges at all cost.   Then, I regretted so much for not having been a better student in my younger years and for not having taken part-time studies after I got out of high school.  At this time, despite the disappointment, I still did not give up on going back to school.

At this same time, my kids, Kelvin and Jody were 4 and 6 years old.  When they first saw that picture, they asked me which university I graduated from.  Very quickly, I replied UBC.  Then a couple of years later, when I couldn’t answer their school homework anymore, they confronted me by saying “Mom, I thought you graduated from UBC?” I said, “Yeah I did, but after I graduated, I got into a car accident and I was in coma for 3 months so I forgot everything I learned.”  Whew!  I got away again. They believed it for another 2 years or so.  Then one day they asked me, “Mom, I asked grandma but how come she doesn’t remember you being in a car accident and in a coma?” Then I said, “Oh, because grandma is getting old so she can’t remember everything anymore.”  But my mom was only 52 years old at that time!  Oh my gosh!  I felt SO bad about lying when I am always teaching my kids to be honest.  Trust me, it ate me every day.

Two years later, in 2003, I learned about SFU’s EMBA (Executive MBA) program.  It was a 2-year part time program designed for mature adults. I decided to apply.  I got an interview and the lady recognized me as the Amy from the Amy’s Loonie Toonie town, a dollar store franchise that I started.  She recognized me from the front page of local newspaper. She liked me but told me she would only accept me if I could score 650 on my GMAT while the ones with an undergrad degree only needed to score 600. She wanted to make sure I could handle the academic side of the program since I only graduated from high school.  Fair enough.  I was determined to go for it.

I found myself a 12-week prep course called “Crack the GMAT.”   By the time I got to class #5, in the middle of the class, I had an epiphany.  I suddenly raised my hand and told my teacher, “You know what Al?  I am trying too hard here.  School is really not for me so I am going to go back and do what I am good at, which is making money and then hire those with square hats to work for me instead.  It’s more efficient.”  The teacher thought I was hilarious and we are still friends up to today.  And then every person I hired since 2003 came with a hat.

So now that I am done with the “idea of going back to school,” I figured it was time to confess to my kids about the picture with “the fake hat”.

I spent the whole day rehearsing and feeling nervous.  After dinner, I asked them to come into my office.  I started by saying “Kids, I have something to tell you.  You see, this picture with the square hat here is fake.”  Then, they both laughed and said, “Oh, we figured that out long time ago, Mom” and left the room laughing out loud. Whew! That simple! That quick!  And I was very glad to get another big item cleared up.
Looking back to these episodes now, I am very happy to have gone through this process of trying to go back to school, otherwise I will always wonder what would have happened if I had not tried.  I hate dying with regrets.  From that time on, I felt no more shame to admit that I don’t have a square hat.  I would tell people that I graduated from the School of Life.

TODAY I stand tall and proud of what I have achieved so far especially since I don’t have THE hat.  I mean how many square hatters do you know are able to build successful business, retire comfortably at the age of 38 like I did 5 years ago and go around the world for two years?

I will continue to upgrade myself and learn things that interest me because knowledge and education will always be things I value.

Let me end this speech with the way I started it: I am proudly Chinese.  I was born in Vietnam, raised in Canada and have been living here since I was 8 years old.  I am also a passionate businesswoman, a world traveler and a loving daughter, sister and mother. I graduated from the School of Life and NOW I am enrolled in Toastmasters to conquer my fear of public speaking.

8 thoughts on “My 1st Speech at Toastmasters – Square Hat”